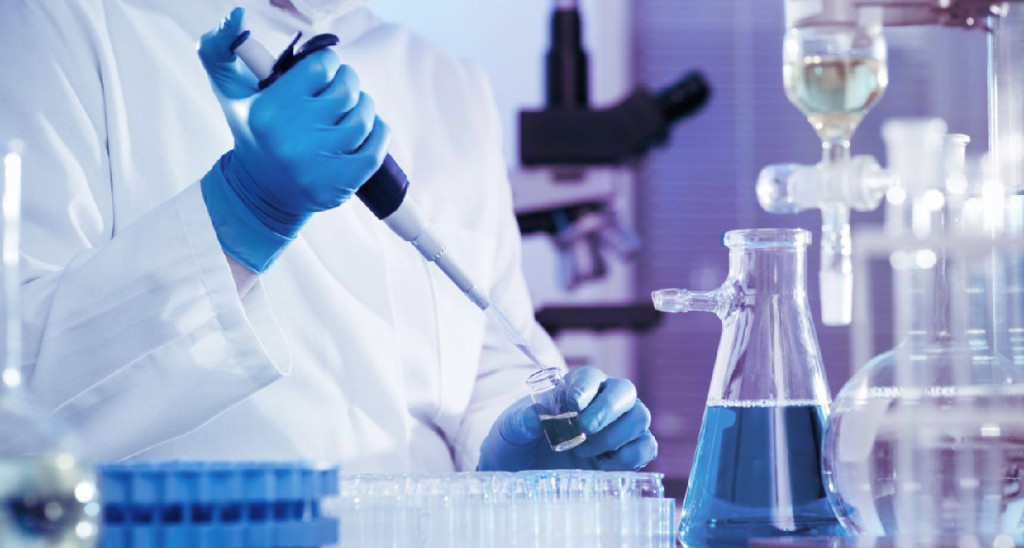 All around the world, clinical studies are an essential step in drug development that precedes drug registration and widespread medical use. In clinical studies, a new drug is studied to obtain data on its efficacy and safety. Based on these data, a competent healthcare authority decides whether to register the drug or deny registration. Any drug that has not gone through clinical studies cannot be registered or put on the market. This main principle is codified by the fundamental regulations with which we comply:

It is considered that the first clinical trial, in some sense, was started on January 11, 1922. Leonard Thompson, a patient dying from diabetes, who was 14 at that time, volunteered to receive an injection of insulin, however poor purification caused insufficiency of the effect and the appearance of allergy. Soon afterwards, on January 23, after the second (better purified) injection the young man felt much better and he lived until the year 1935.

After a while, Sir Frederick Banting and John James Rickard Macleod were awarded the Nobel Prize in Physiology and Medicine, which they shared with Charles Best and James Collip. The era of insulin and clinical practice has begun!

From 1932 to 1972: follow-up of all stages of syphilis in African American population. People were not treated, just followed up. In 1997, the U.S. president has made a public apology to the Americans and recognized the inhumanity of these studies.

In 1937, the sulphanylamide scandal erupted, when it was revealed that these drugs cause severe adverse effects in children, and even caused deaths in some cases. Today of course, this class of drugs is well studied, but we must always remember that all drugs should be comprehensively studied from the very start.

In 1948 the «Nuremberg Code» was adopted; it establishes the right of every volunteer to VOLUNTARY CONSENT in writing. Without such consent, not a single subject (volunteer) can be included in a study.

In 1957, another tragedy happened, the “Thalidomide disaster”, when after relatively short period of use and not so strict rules of studies in humans, the new drug based on thalidomide was launched in Europe and, in particular, in Germany. Soon afterwards, babies with missing limbs and other congenital defects began to be born. But in America this drug was not approved for use, thanks to the “national hero”, FDA expert Frances O. Kelsey.

Based on recent tragedies and other requirements of the reality, in 1964 the Declaration of Helsinki was drafted and signed. The Declaration, which was developed by the World Medical Association, is a set of ethical principles for the medical community regarding studies in humans:

— Explanation of all adverse and other effects;

— Risk should not exceed the benefit of the studied drugs;

— Every study subject should read and understand information about the study in which he or she is offered to participate.

During the period from 1981 to 1992, the USA, Japan, Britain and France joined the Declaration and GCP (Good clinical practice) was formed as the basic guide for conducting of clinical trials.

In 1996, the regulations governing the conduct of clinical trials, ICH GCP, were officially published under the auspices of the World Health Organization (WHO). Russia adopted this international standard as the main document regulating clinical trials, by issuing GOST R 52379-2005 “Good Clinical Practice”.

Because of the complexity, clinical trials are divided into four main phases

Development of a drug is described as the consecutive fulfillment of four phases of clinical trials. Each phase is a separate clinical study; for the drug to be approved by regulatory bodies several studies may be necessary within the same phase. Successful passing of three phases of trials is enough for receiving Marketing Authorization for the drug. Phase IV includes post-authorization studies.

Though this classification is generally accepted, but its division into phases is only approximate method of classifying clinical trials, since the same trial may be conducted in various phases.

Phase I (lasts from several weeks to one year)

These trials are intended for the evaluation of pharmacokinetic and pharmacodynamic parameters, and for preliminary assessment of drug safety. Typically from 20 to 100 healthy volunteers are included in such trials.

Because of ethical considerations, there is an exception to the rule: healthy volunteers cannot be involved, for example, when cancer or psychiatric diseases or AIDS are to be treated. These trials are conducted on patients suffering from corresponding diseases; patients are selected in accordance with the requirements set out in the trial protocol. All Phase I trials are conducted in specialized medical centers. Such trials can be open or closed, randomized and blind.

In the trial such factors are considered as absorption, distribution, metabolism and excretion.

As a rule, volunteers are paid for their participation.

These trials are aimed at assessing earlier studies conducted at Phase I with the purpose of more detailed study. In this phase, it is important to determine doses and dosage regimen for the drug. Another objective of the trial is to monitor adverse effects in the early stages of the study, so that to stop them in time, if necessary. Such trials involve 50 to 300 subjects.

Phase II is divided into:

— IIa – comparison with placebo or comparator

— IIb – comparison with standard of care

These are usually randomized and controlled trials in order to evaluate the safety and efficacy of the drug in particular indication. Phase II trials are usually conducted on a small homogeneous (uniform) population of patients selected according to strict criteria.

In such trials a control group is always used, which should not differ from the group receiving study medication as compared by the number of patients and composition. They must be the same in terms of gender, age and, if possible, previous treatment. This will enable proper comparison. These trials compare the efficacy and tolerability of a new drug in comparison with a «golden standard» (other known active drug) or placebo in the treatment of considered disease.

Sometimes the combination is allowed of Phase I and Phase II to determine the efficacy and safety.

These trials focus on confirming safety and efficacy of the drug for a particular indication in a given population, which were estimated earlier during Phase II. Phase III trials can also focus on the dose-effect relationship or use of the drug in a wider population or in patients with different severity of the disease, or in combination with other drugs. Such a trial is conducted on a wider population (from hundreds to several thousand people); as a rule, it is a randomized, controlled, blind or double-blind, multicenter (sometimes international multicenter) trial.

After this phase, a report is usually prepared, which reflects the results of clinical trials of the drug. This report is a part of the registration dossier, which is filed to public health authorities for the purpose of registration of the new drug.

In developed markets, the recommendation for wide clinical application is considered justified if the new drug:

This phase is implemented after the registration of the new drug with approved indications. Studies at this phase can justify expansion of the drug’s indications, collect additional data on the drug application or optimize application. The following can also be estimated: treatment duration, interactions with other drugs, treatment regimens and use of the drug in various age groups of patients.

This phase allows monitoring a lot of parameters of the drug’s life cycle.

These studies can help identify very rare adverse effects that may give reason to correct indications or, under certain circumstances, withdrawal from the market until obtaining results of a more detailed study.

Clinical trials in Russia for the purpose of state registration of drugs.

In Russia, only a few years ago it was allowed to apply reports on clinical trials conducted abroad when submitting the registration dossier. However, Federal Law No. FZ-61 “On Circulation of Medicines” adopted in 2010 made it necessary for all applicants to conduct clinical trials in Russia. The only exceptions are medicines, which are approved in the Russian Federation for more than 20 years and for which it is impossible to conduct bioequivalence studies.

Expert Group “RegMed prof” organizes and conducts clinical trials of any complexity with the purpose of state registration of medicines in Russia.

Here we list the main tasks completed by “RegMed prof” company in the process of organization and conduct of clinical trials. It should be noted that it is better to start the “Project preparation” stage after the development of the trial protocol and, correspondingly, after determination of its design, number of patients, tests and clinical sites. Otherwise only rough evaluation of budget can be made.

1) Preparation of the project. Planning of project resources:

List of works of the “RegMed prof” expert group under the contract for accompaniment of clinical trials.

1) Development of medical documentation for a clinical trial.

All documents for clinical trial are developed by experts in the field of scientific medical expertise. All documents comply with ICH GCP, standards set out by FDA, EMEA, Ministry of Health and Social Development of the Russian Federation and FSBI Scientific Center of Expertise of Medical Products of MoHSD. Research documents can be designed for clinical trials conducted by our company, as well as for independent projects.

2) Management of clinical trials (see above).

3) Processing of data collected during a clinical trial.

We offer the following logistics services:

The system of clinical monitoring is based on ICH GCP, Russian laws and thoroughly developed company’s standard operating procedures, therefore it guarantees:

7) Selection of clinical sites for a trial

We possess a large and constantly updated database of federal and regional clinical sites. Long-term cooperation with medical institutions and investigators with experience in conducting clinical trials in different areas of medicine allows us to quickly find the most suitable clinical sites for even the most complex research.

8) Support of sites during a clinical trial

In the process of both clinical trials and bioequivalence studies, sites often need tools, drugs or supplies. Our experts will undertake the communication with sites and all logistics related to the purchase and delivery of necessary components to the clinical sites.

We guarantee the coordinated work of our team, fair pricing and full compliance with all rules and regulations for conducting clinical trials, because we employ highly skilled professionals in all relative areas. The entire project is conducted and supervised by the manager of the RegMed prof, whose actions are regulated by internal SOPs of the company that eliminates errors and defects of management.

If you have any questions or would like to contact us for some reason, please, use this form on the right. We do our best to respond as quickly as possible. Please, enter your real telephone number and we will call you back soon. Also, if you would like us to call you back with a certain answer to your question, then please, describe it in detail in this message. We are looking forward to hearing from you!